New Study on the Cycads of Puerto Rico 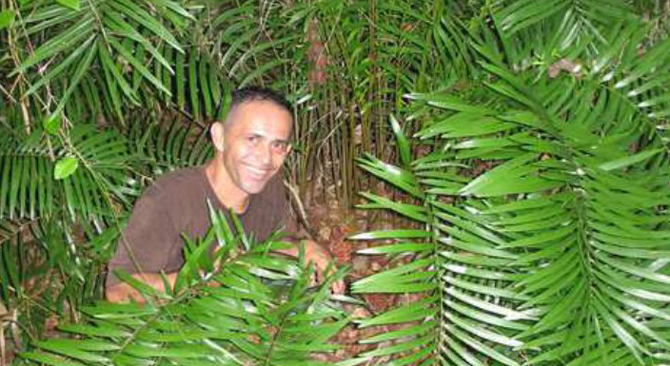 Puerto Rican cycads are very intriguing! Dr. Alan Meerow and colleagues, including Montgomery staff, have just published a paper in the American Journal of Botany detailing the results of extensive fieldwork and labwork focused on the Zamia native to Puerto Rico.

Three species — Zamia erosa, Zamia pumila, and Zamia portoricensis — are native to the island, giving Puerto Rico a quite diverse cycad flora relative to its land area. Zamia erosa occurs on the northern side of the island, while Z. portoricensis and Z. pumila occur in the south. This study shows that all three species are genetically distinct, with Z. pumila and Z. portoricensis possibly derived from a common ancestral species on the island, and Z. erosa representing an independent introduction to the island. The three species also show different patterns of diversification. One population of Zamia erosa appears to undergoing strong natural selection currently, perhaps due to a more saline habitat. This type of selection has been seen elsewhere in Zamia, and may lead to shorter, thicker leaflets, much like those of Zamia furfuracea. Another very interesting possibility discussed is that these species may have been transplanted between islands by humans for use of the tuberous stems for food.

Populations assigned to Zamia pumila also occur in the Dominican Republic and Cuba, while some populations in Cuba and Jamaica have been referred to Z. erosa. Additional analyses of samples collected on other islands will clarify whether these populations occurring on separate islands belong to the same species, or have separately evolved similar morphology.

American Journal of Botany is the one of the leading publications for current botany research, and is published by the Botanical Society of America. This study is the latest finding of the Caribbean Zamia Project, which is a collaborative effort of USDA Chapman Field, MBC, FIU-FTBG, and NYBG. The research was generously supported by the National Science Foundation, and a Christiane Tyson Research Fellowship.