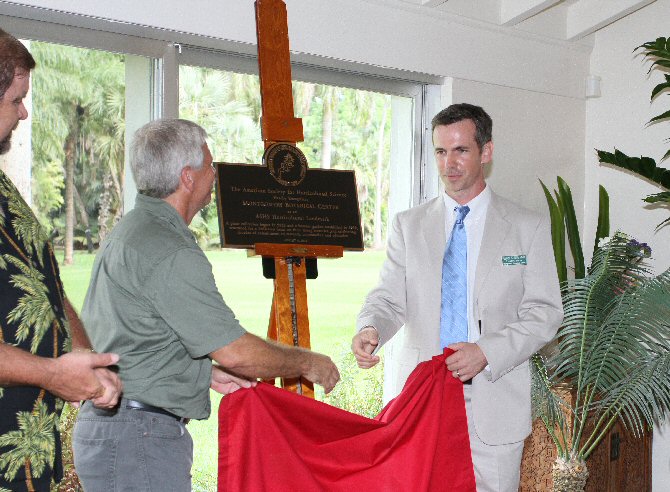 The award recognizes some of Montgomery’s best strengths. Quoting from the ASHS:

“. . . general criteria for consideration include: permanence of site; proper documentation of the horticultural
collection, including origins; an underlying scientific basis for collections; [and] monitoring and labeling of plants.”

This is a very big achievement for Montgomery – previous recipients of this honor are few, and include some of the most prominent botanic gardens – The New York Botanical Garden, Missouri Botanical Garden, and the Arnold Arboretum, for example.

In presenting the award, Dr. George Fitzpatrick, chair of the ASHS award committee, highlighted Colonel Robert Montgomery’s record of significant philanthropy in support of plants, not only at MBC, but at NYBG, Greenwich, and FTBG as well. ASHS Executive Director Dr. Michael Neff spoke to the recent contributions to plant science that are helped by MBC and its team, and ASHS committee member Dr. Michael Arnold offered examples of MBC’s work to develop early-career horticulture professionals – including his own students.

“A plant collection begun in 1932 and a botanic garden established in 1959, renowned for a dedicated focus on
these living treasures, and celebrating decades of commitment to research, conservation and education.”

MBC Executive Director Dr. Patrick Griffith made brief remarks to acknowledge Montgomery’s founders, board, staff, volunteers, colleagues, and supporters — and singled out the visiting scientists from Canada, Scotland, and New York: “As evidence that we have an exceptional plant collection, note that they are all here in Miami, In August.” 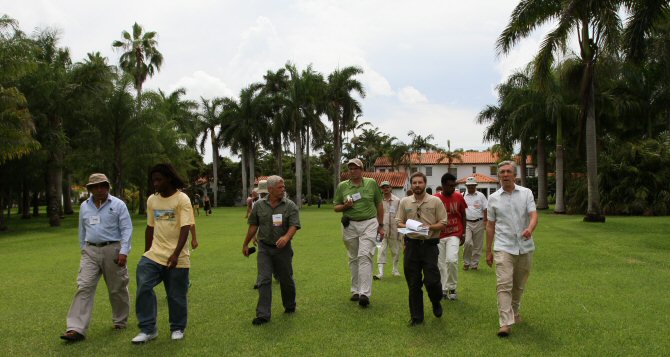