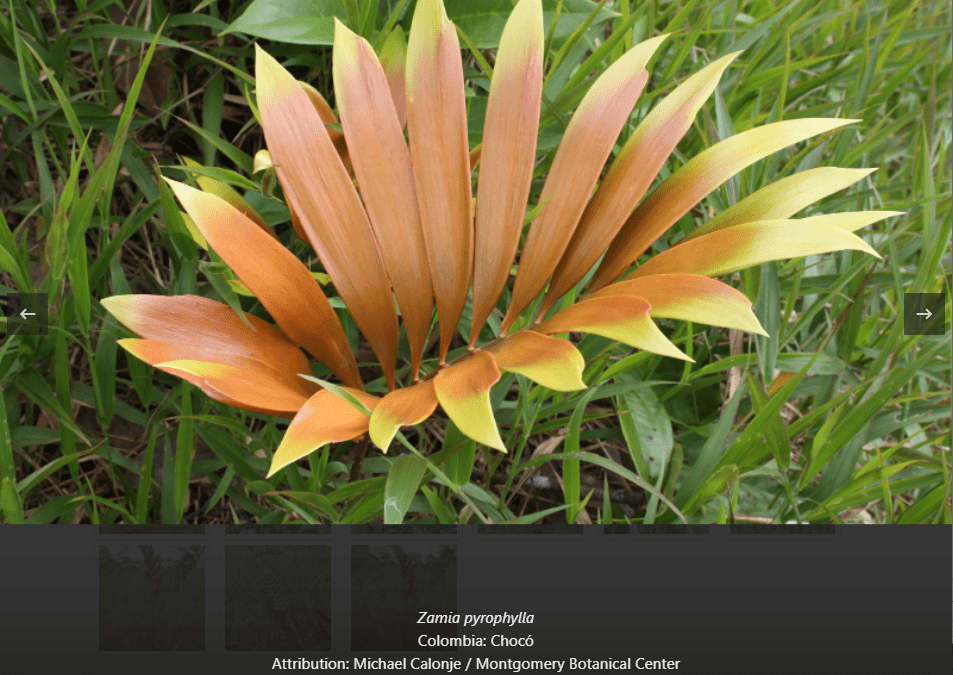 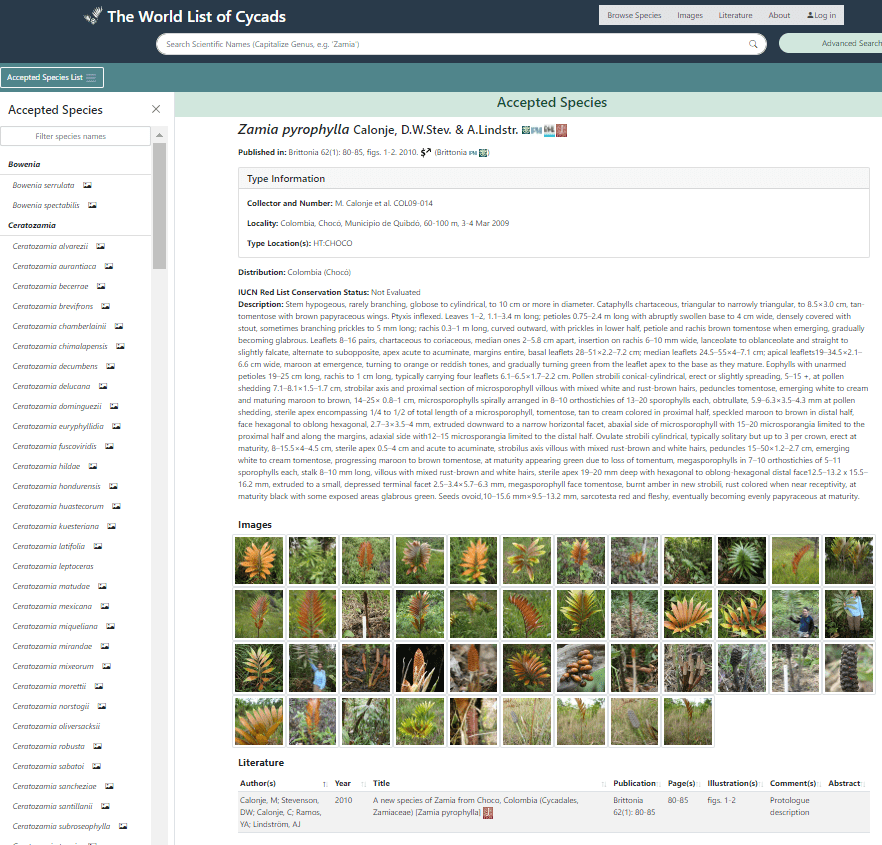 Montgomery Botanical Center’s Cycad Biologist Michael Calonje, in partnership with Dennis Stevenson of the New York Botanical Garden (NYBG), has received grant funding from the prestigious National Science Foundation (NSF) to create an e-monograph for cycads on the website of The World List of Cycads (WLoC). The awarded grant will help fund the development of the website over the next two years, including modernizing its database, improving its usability, and adding new content such as species descriptions, literature, identification tools, historic and contemporary photographs, and miscellaneous information about cycad biology such as morphology, anatomy, and pollination.

The WLoC, published under the auspices of the IUCN-SSC Cycad Specialist Group (CSG), is broadly considered the most comprehensive and authoritative list of cycads and it currently serves as the taxonomic and nomenclatural backbone for the IUCN’s Red List of Threatened Species, the Convention on International Trade of Endangered Species, and the Catalogue of Life, among others. The WLoC is currently coordinated by MBC’s Cycad Biologist Michael Calonje in close collaboration with Dennis Stevenson of NYBG, and Roy Osborne, the creator of the original WLoC in 1985.

The WLoC was first published over thirty-five years ago by Roy Osborne as a simple printed list of cycad species names along with limited additional details such as publication details, synonymies, geographic distribution, and conservation status. An online version, sponsored and hosted by MBC, was launched in 2013 (https://cycadlist.org/), bringing improvements in usability and allowing the list to keep up to date with frequently published taxonomic and nomenclatural changes. Furthermore, the website allowed for the addition of much more content than was possible in a printed list, including habitat photographs, literature, and web links to other relevant information sources.

The grant funding awarded will allow the continued improvement of the WLoC website, allowing it to transition from being a useful taxonomic and nomenclatural reference for cycads, to a full-fledged virtual monograph for cycads containing descriptions of every species in addition to a wealth of novel information on cycad biology. The website, freely available to all users, will be the most comprehensive reference for cycad research and will be an especially valuable resource for students, researchers, and conservation practitioners. 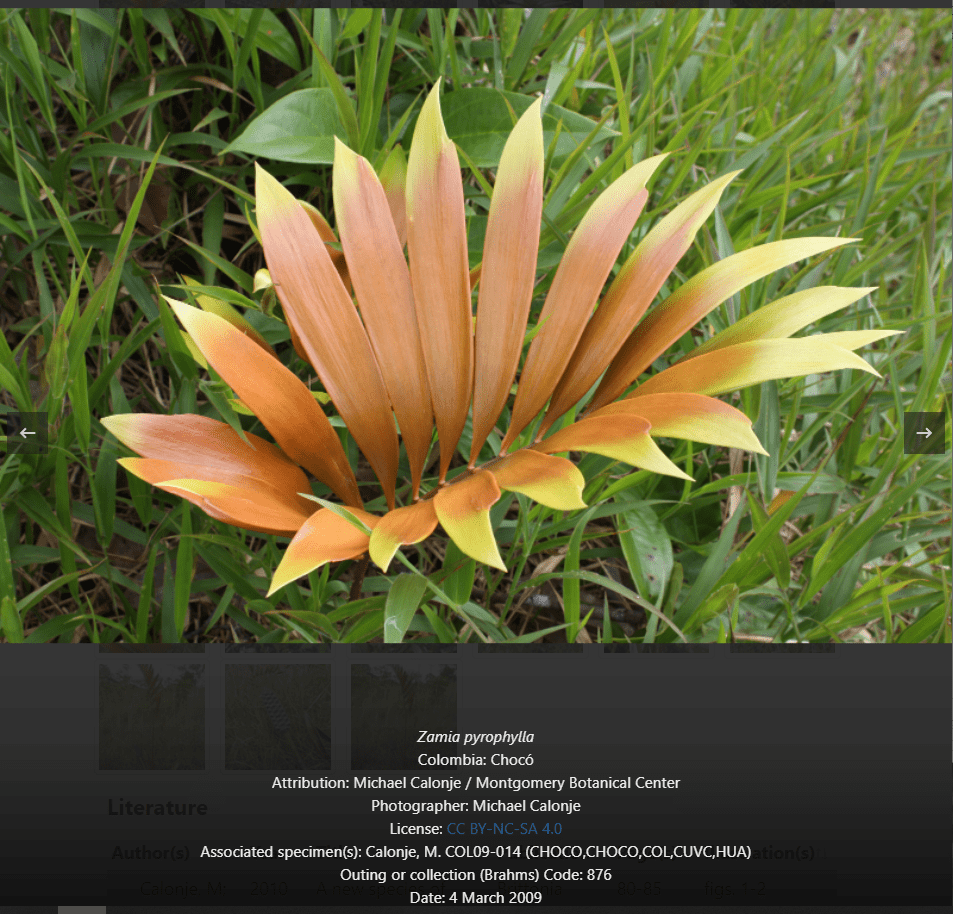 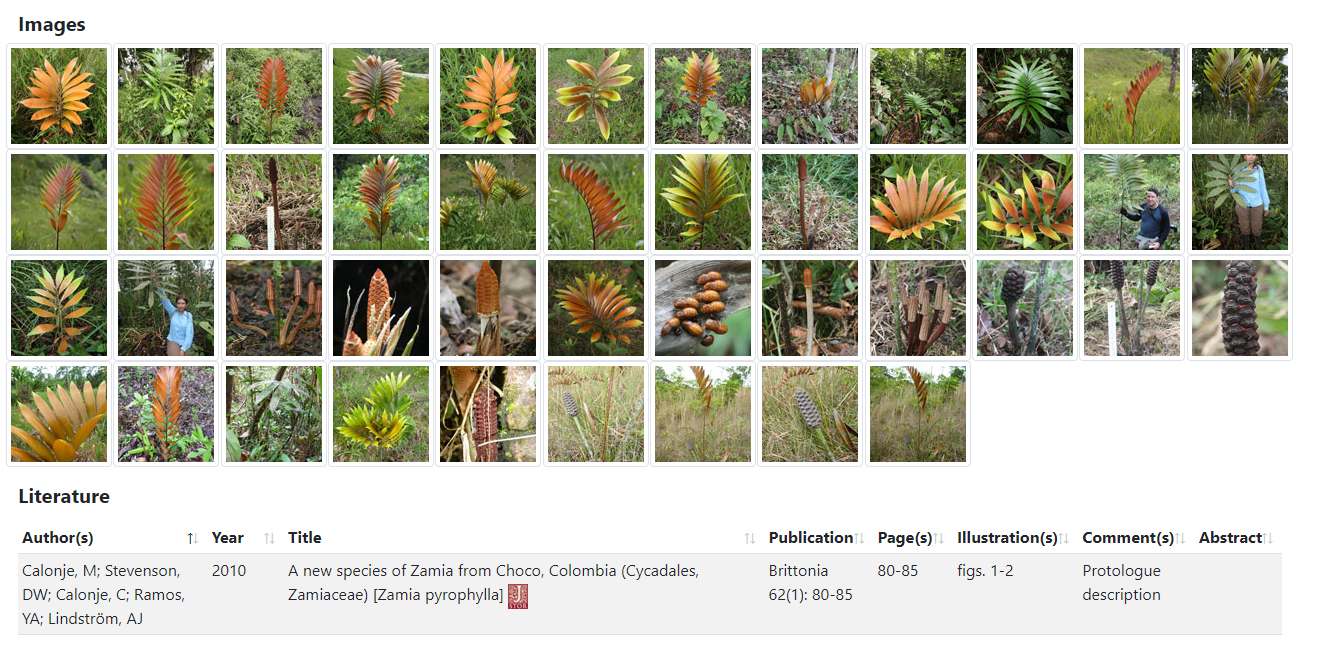 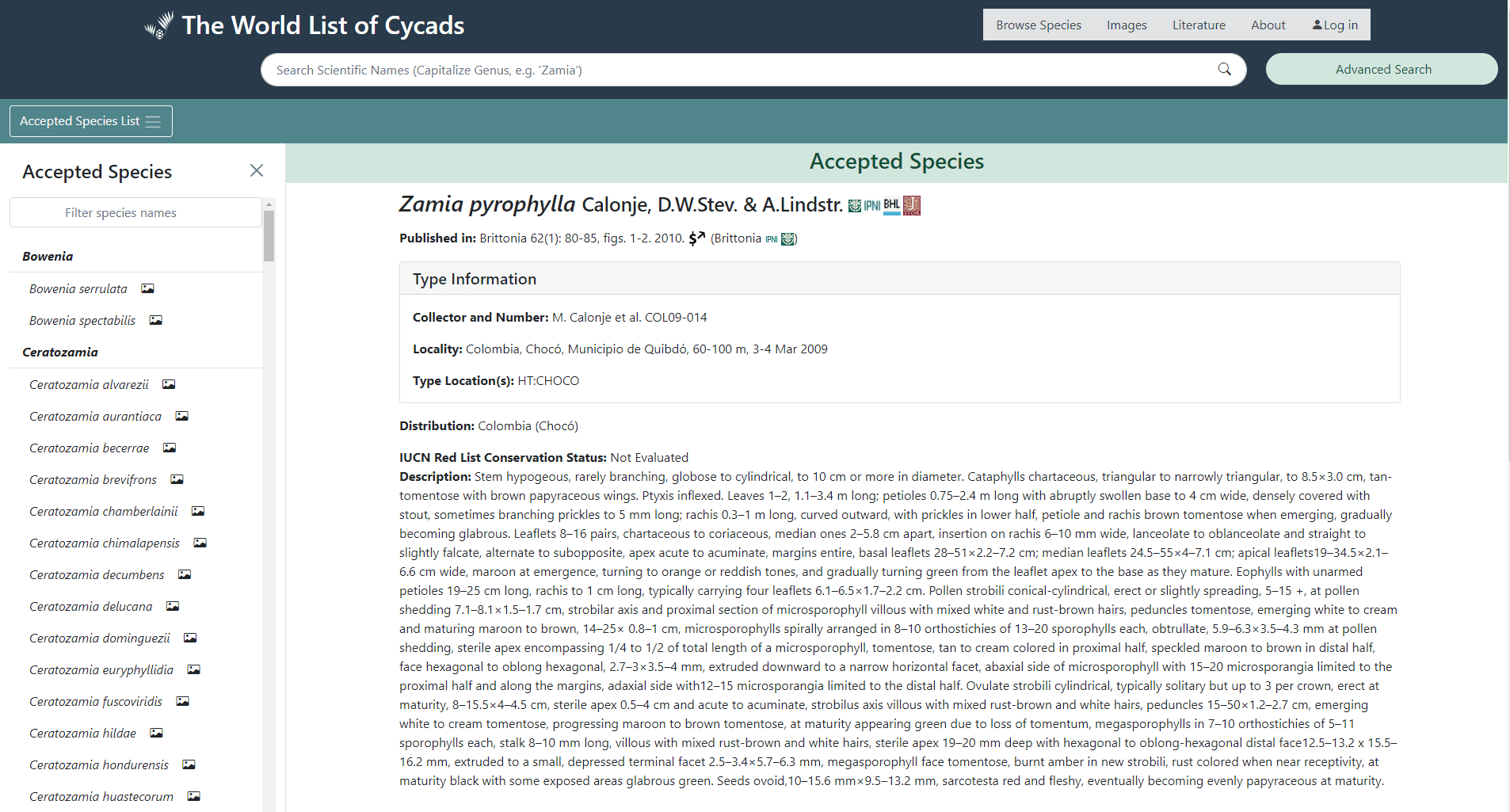 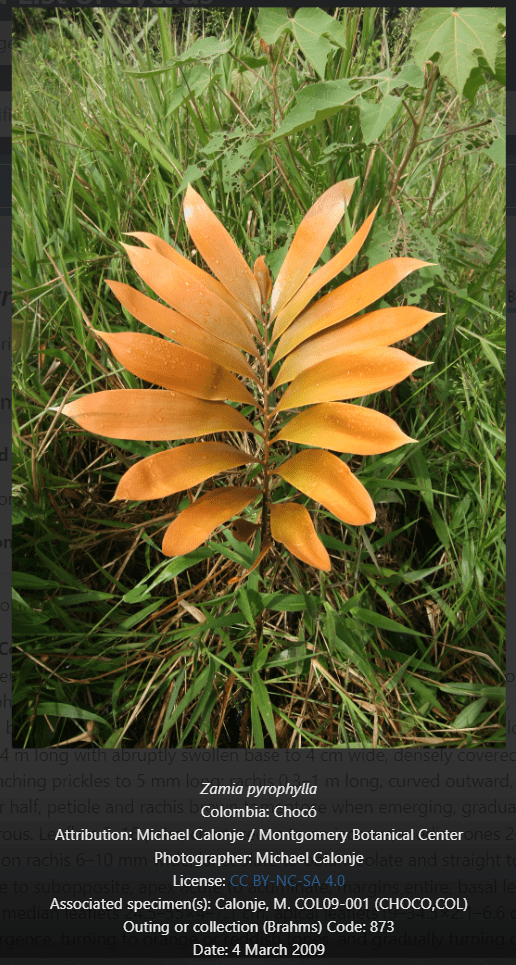 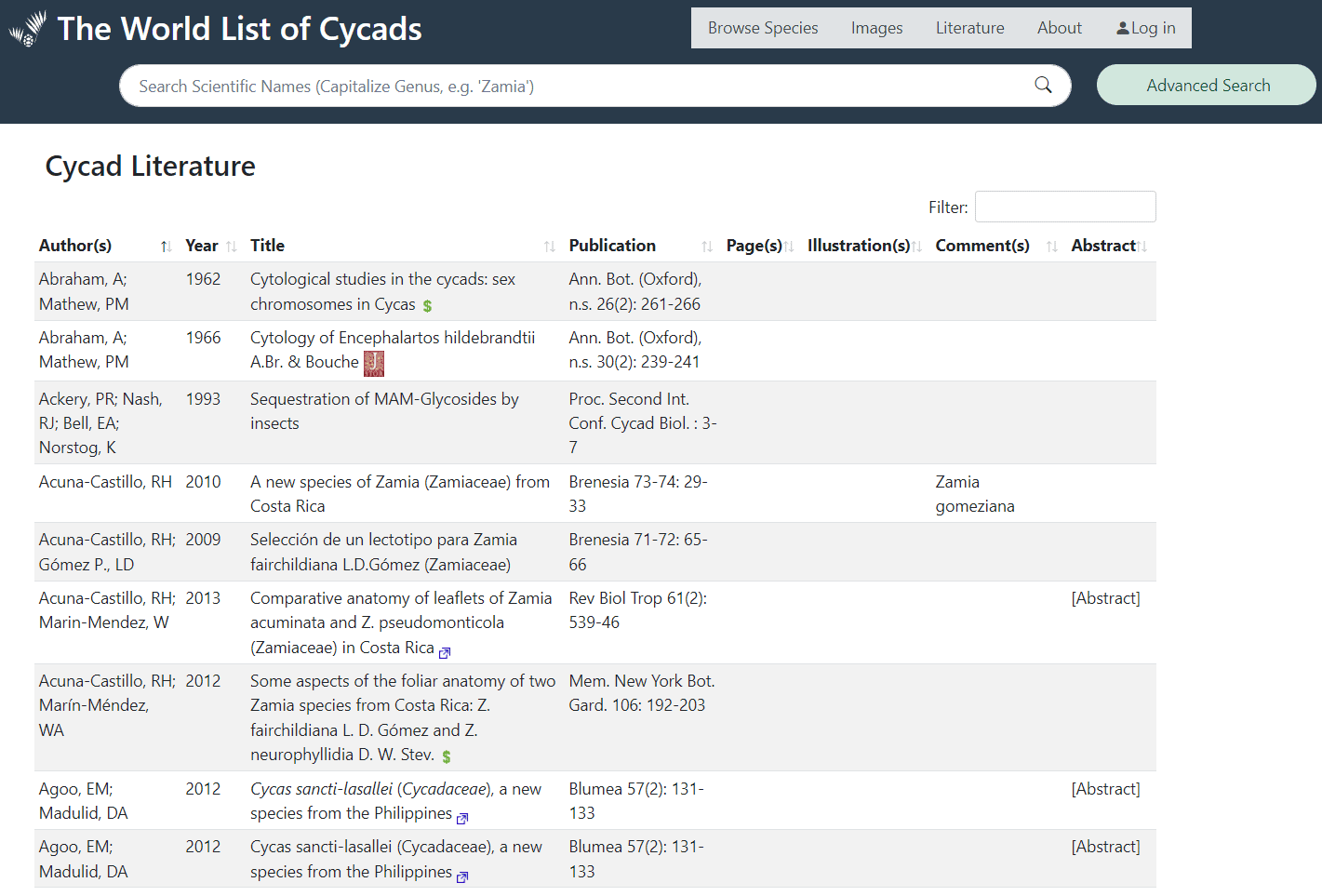