Four palm species are new to science! Larry Noblick, MBC Palm Biologist, along with his colleagues Harri Lorenzi and Vinicius Souza, present their findings in a recent issue of Phytotaxa. 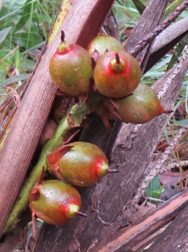 Very long drives over remote unpaved roads took these botanists to remote sites in Brazil, in cerrado (tropical savanna) habitats. There, the botanical team found four new species of Syagrus that very closely resemble grasses unless closely examined. Due to the native grassland habitat of these palms, these interesting palms have gone undetected until now.

The team chose to honor Jill Menzel with the species Syagrus menzeliana. A Director of the International Palm Society, Jill is a great supporter of palm horticulture, science and conservation. Syagrus menzeliana is a beautiful palm with pale blue-green foliage, with the unique feature of a prominent red ring on the fruits. Larry states: “This attractive palm with a pale bluish waxy bloom on the underside of its leaves will make a nice addition to any garden.”

Patrick Griffith, MBC Executive Director, adds: “I am excited to see that there are still so many great botanical discoveries to be made! Who would have known that such a unique palm was not yet described? I am also thrilled to see these experts come together in an international research effort – truly an inspiring collaboration!” 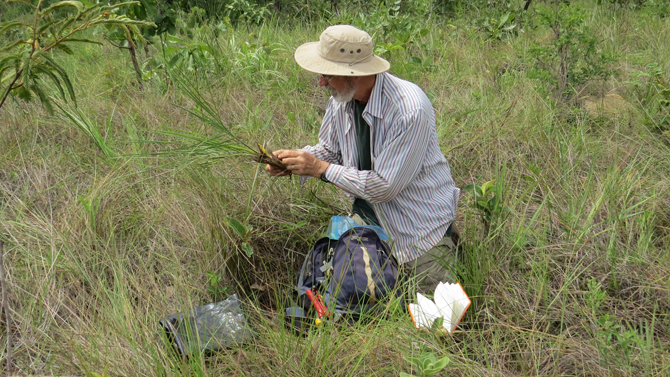