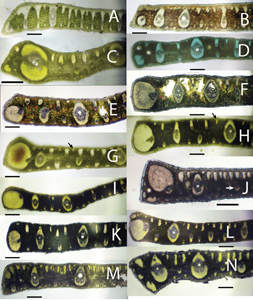 A new paper to report: Larry Noblick has published an extensive study of leaflet anatomy for the genus Syagrus. Larry’s recent work focused on the group of “stemless palms,” like the S. graminifolia from Brazil pictured here, which are very hard to tell apart using conventional morphology. Quoting from the paper:

In fact, about 25 out the 54 currently recognized species of Syagrus are acaulescent or short stemmed and their identification remains challenging with many having formerly been dismissed as Syagrus petraea. Palms that do not have visible above ground stems are often referred to as acaulescent meaning “without a stem.” In fact all palms have a stem.

The new study, which appears in the latest PhytoKeys, coincides with and verifies many of the findings in Meerow et al.’s 2009 phylogeny of Syagrus. Additionally, the anatomical variation is presented as a dichotomous key, which offers a way to distinguish these little-known, difficult to indentify palms. Larry concludes:

As a disclaimer, I feel that this key is still not the final word and will need further revision as new species are discovered and others get reworked. The same species grown under different growing conditions or adult and juvenile forms may look slightly different, but the anatomy maybe an important tool in helping us to resolve these issues. I suspect that some species which appear to be morphologically different but anatomically similar may turn out to be the same species. 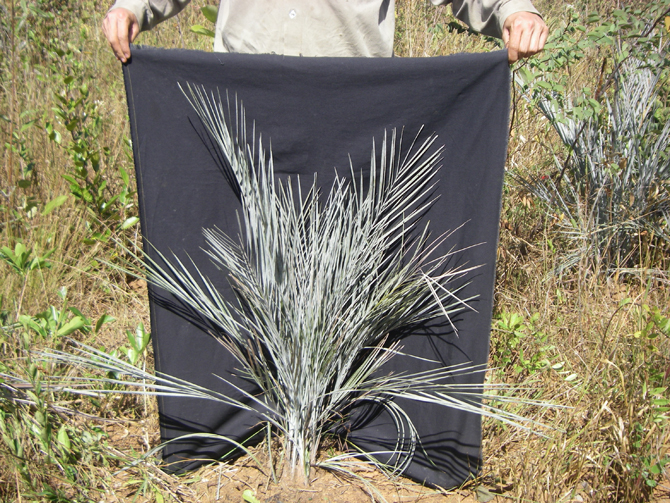