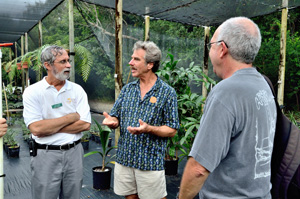 On Monday November 11, a French palm society, Association Fous de Palmiers, visited MBC to explore our palm collections. Members of the society in attendance were from various parts of France, Switzerland, Guadeloupe and French Guiana. The society had first visited MBC about eight years ago and was eager to re-visit the rapidly expanding collection. The tour was lead by MBC Palm Biologist Dr. Larry Noblick, with assistance from Tracy Magellan and Dr. Chad Husby.

The tour covered a large portion of the palm collection, including highlights such as the critically endangered Haitian palm Attalea crassispatha, the unique mangrove palm Nypa fruticans, the giant Corypha taliera, Syagrus vermicularis, a species first described by Larry, and finishing with a specimen of the true Butia capitata, a species which Larry re-circumscribed. Chad led the group on a tour of the nursery afterwards.

After MBC, the Association Fous de Palmiers will be be exploring other palm collections and natural habitats in South Florida and will return home next week. 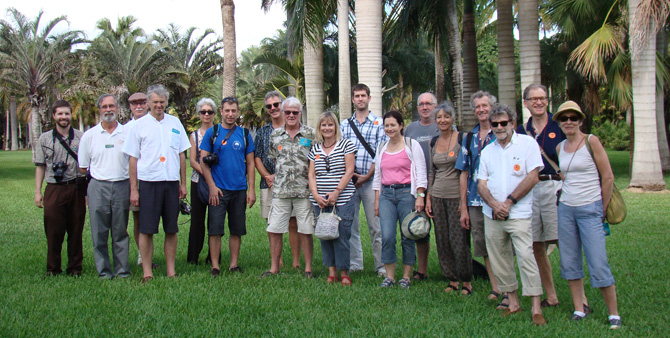